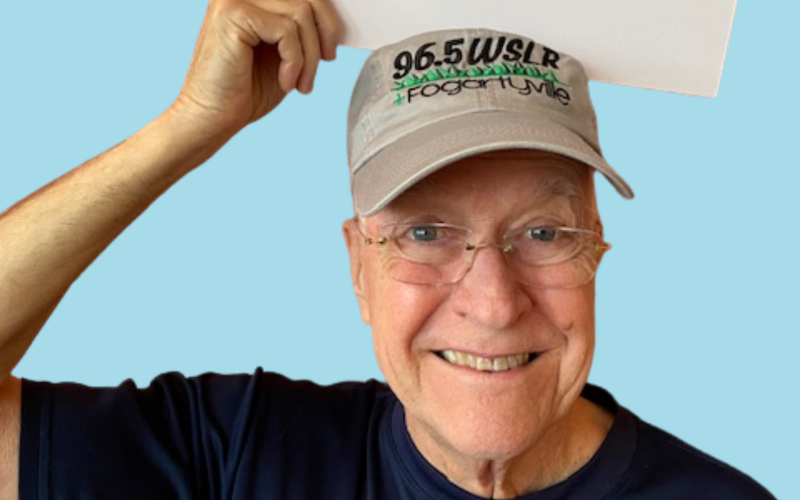 Tom Walker, the co-host of WSLR’ 96.5s “Peace & Justice Report”—which also hosts Legal Aid of Manasota’s “Justice Matters” segment on the third Wednesday of every month—moved to Sarasota in 1993 after stints in Washington, D.C., and Tampa. He’s worked in computer programming since 1965, conceiving and developing new software including Internet-like tools that used “time sharing” long before the dawn of the Internet or personal computers. His users included Congress, the White House, baseball teams, construction firms and the Smithsonian. The company was sold in 1981 to ITT.

In 1986, after meeting his wife, Cheryl, Walker started a new company: Watson & Walker, which provides expert advice for users of IBM z Systems and the z/OS operating system and which the couple still runs. Read on for more about him, including why he loves hosting his radio show, his volunteer efforts, and why he believes #JusticeMatters.

What do you love about living in Florida?

“Florida has kept us here because we like the heat and the water—and the humidity. It’s a free sauna, right? Plus, there’s the culture. My wife and I go to all the Asolo, Florida Studio Theatre and Urbanite Theatre productions, as well as those of the Sarasota Opera. Those and the other arts opportunities and the museums in Sarasota are unbeatable.”

Did you always want to be a radio host?

“I never planned to be a radio host. But in 2012, David Beaton, co-founder of WSLR, asked me to help out with the evening ‘Jumping Mullet’ news program, writing and reading on-air the local news. Less than a year later, Bob Connors needed a co-host for his program, the now-weekly Peace & Justice Report, which airs at 9 a.m. every Wednesday.”

Tell us about your hobbies.


“The most joy I have is when I’m working with kids—either toddlers in the Tampa Head Start program, elementary school students in Sarasota, or teenagers at a Unitarian church. Chinese brush painting, improv and broadcasting also bring me joy, in different ways.

“Another hobby of mine is travel. I’ve been to most world tourist destinations, sometimes staying in people’s homes. Travel teaches you about the world and about how other people see your own country. Once a Scandinavian told me, ‘You Americans have it backwards – on TV you ban the sex and show the violence. We do the reverse!'”

“I teach an Afghan refugee English every week. He’s an ex-helicopter pilot now working several jobs and trying to improve his English. I volunteer quite a bit on organization boards, too. Currently these include Suncoast Waterkeeper, the Rotary Club of Sarasota Bay, the Florida Consumer Action Network and, until recently, WSLR/Fogartyville. For the last 20 years or so I’ve conducted the weekly meetings of a Sarasota “great books” group and helped with its Tampa counterpart, too. I’m also a Sarasota County Democratic Party precinct captain and a member of several of their caucuses. And for the past 20 years I’ve helped lead our local Nation Group, based originally on The Nation magazine, which is dedicated to discussing current events.”

What makes WSLR unique and important for our community?

“WSLR is a low-power, nonprofit, non-commercial station run mostly by volunteers. It’s on the FM dial at 96.5 in Sarasota and 100.1 in Bradenton but also can be heard all over the world at wslr.org. There are other such stations in the country, but we’re unusual in that we have a physical community meeting space, Fogartyville, where people can meet to hear live music, discuss current events or enjoy art. Our mission is to amplify the voices of our diverse community, and to promote peace, sustainability, democracy, and economic and social justice. What’s not to like?”

What was the inspiration for hosting the Peace & Justice Report?

“Having the chance to talk to guests who are making a difference—activists, authors, professors and leaders of nonprofits, learning from them and helping them reach the public.”

What was your most meaningful interview?


“Some special ones were Gina Belafonte (Harry’s daughter) talking about criminal justice; the insights of John Nichols, a writer for The Nation magazine; Trey Kay, host of the NPR podcast Us and Them; and, locally, Joe Newman, leader of our Nation group who died recently at 108, still sharper than me. We’re always live, so there’s no editing mistakes out later. That’s the fun part.”

What does equal justice mean to you?

“Well, to me that would mean equal treatment and opportunities for everyone, not just the well-off. It would include economic, social, racial, environmental and gender justice for every resident, not only here but world-wide.”

Why does equal justice matter in our community?

“Without equal justice, our system is a sham and our American promise only an illusion. That’s what Legal Aid of Manasota offers and why you’re such a good fit for our broadcasts.”

What song would you love to play at a party?

“Maybe Arlo Guthrie’s “This Land is Your Land.” One verse hardly ever sung is

As I went walking, I saw a sign there,

But on the other side, it didn’t say nothing.

That side was made for you and me.”