Sarasota Attorney and Marine J. Allison Archbold on Pro Bono and Being a Woman in the Military 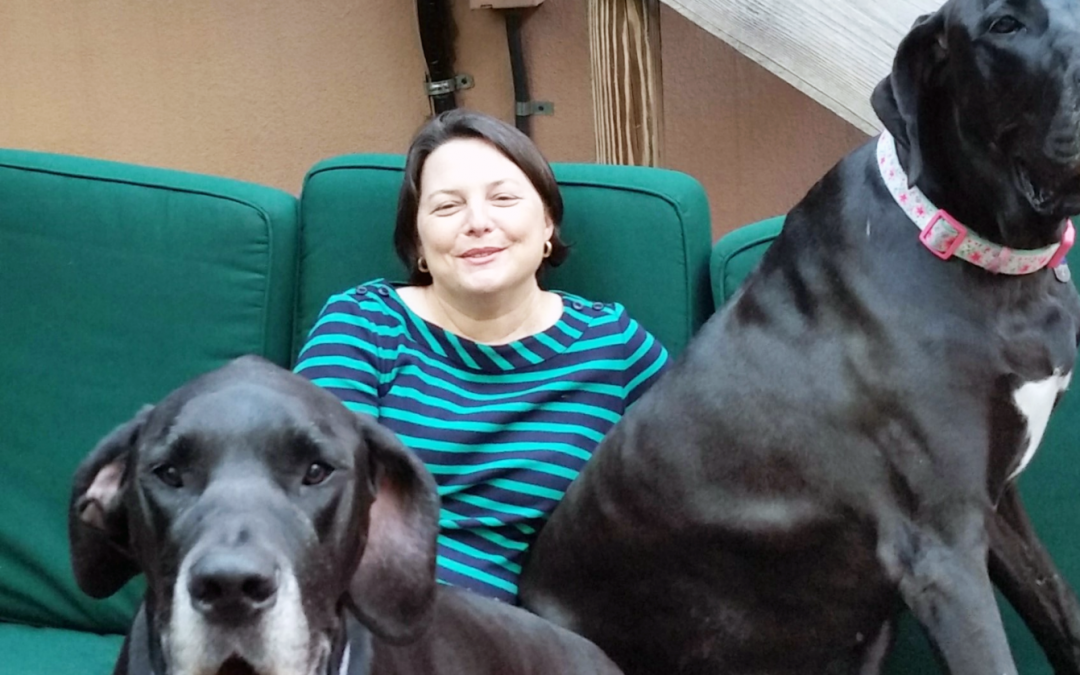 March 8 is International Women’s Day, and we wanted to take time to honor the female attorneys who work tirelessly for the underserved in the Sarasota-Manatee community. In so many instances, their support for Legal Aid of Manasota and our community’s low-income neighbors is life-changing, making the difference between being evicted or remaining housed, or remaining safe in the face of domestic violence.

One of those attorneys is J. Allison Archbold of Sarasota’s Archbold Law Firm. A former Marine Corps judge advocate, Archbold believes that, when it comes to law, “it’s necessary to level the playing field so that lives are changed and improved. There is a huge gap between what high-net-worth clients can afford and the legal help they receive versus low-income clients.”

We asked Archbold—pictured here with her Great Danes, Scarlett and Beauregard—to tell us some more about her background, how her time in the Marine Corps. shaped her, and why she feels her pro bono work is so important.

Tell us a little bit about your background.

“I was always a good student and played the oboe growing up. I was not an athlete.  I attended public school in Florida until the tenth grade, when I went to Phillips Exeter Academy [a boarding school in New Hampshire].”

Did you always want to be a lawyer?

“No. After graduating from Exeter, I attended Cornell, thinking I wanted to become a veterinarian.  After taking Biology 101 and joining the campus newspaper, I decided to pursue journalism.  Senior year I decided that I did not want to spend my life writing about other people’s lives.  I decided to go to law school and become a prosecutor or FBI agent.”

Who was your inspiration for becoming a prosecutor?

“Janet Reno. I didn’t know any female attorneys, let alone any female prosecutors.  My father was very opposed to government service because, he said, ‘there is no money in it,’ and my mother wanted me to be an event planner and my sister to be a flight attendant so we could find ‘wealthy husbands.’  (We showed them; we both married government employees!) So aside from Claire on Law & Order, Janet Reno was the only role model available to me at the time. I still have her book on my shelf.”

Tell us about what made you decide to join the Marine Corps.

“My father served in the Marine Corps in Vietnam, and I had always been interested in the military.  When I was researching summer jobs for the summer after my second year of law school, I learned about Marine Corps Officer Candidate School (OCS) at Quantico—basically Marine Corps boot camp for officers—and applied. There were four or five platoons for men and one for women in our company at OCS, and the name of the game was survival. It was really hard work. You were told to just make it from ‘chow to chow’ [meal to meal] and not think any further ahead.  I spent the first five weeks hoping to get injured so I could leave with honor and the second five weeks trying not to get injured so I could graduate.”

“It helped me empathize with those who are physically different for some reason—be it gender, skin color, disability, etc. When I was in the Marine Corps, the male-female ratio Corps-wide was below 10:1, and it was even lower among officers. I’ve had to walk into many a room and be the only female.  I have also had the pressure of feeling that a failure on my part would reflect negatively on all female Marines.”

“While in the Marine Corps, I learned that I loved assisting Marines and their families with estate planning, so after leaving the Corps in 2006, I returned to the University of Miami to obtain a LLM in estate planning.”

“The culture of the Marines is to develop subordinates, and it was not just lip service. It was very real. I found many mentors.  The travel was eye-opening. I moved six times in eight years, and at times longed to be in one place. Sarasota is the place I’ve lived the longest in my life.”

How did you find Legal Aid of Manasota?

What is your philosophy on pro bono?

“When I went to school, I believed all lawyers did pro bono, and I still believe in pro bono and serving those who are less fortunate. Law school does provide a vision that we can all be Atticus Finch. We were led to believe that attorneys not only zealously represented their paying clients, but also did pro bono and were active in the Bar and their communities.  Now that I am practicing law in the ‘civ div’—what Marines call the civilian world, the civilian division—I’ve realized that my professors spent too much time in the ivory tower, but I still try to live up to that ideal.”

How do you find the time to take on pro bono cases?

Tell us about a memorable legal aid case.

“I represented an elderly woman whose porch roof was caving in. She went to the Housing Authority, but they couldn’t provide a loan for her to fix it, since the home was in her deceased husband’s name. Whenever it rained, I would think about this woman and hope her roof held out. Ultimately, through probate, I succeeded in getting the house in her name. It was a simple procedure but changed her life. It was heartwarming to see she had provided stability and the client was immensely grateful.”

What do you think other attorneys should know if they’re considering taking on pro bono work?

“Legal Aid of Manasota’s clients are some of the nicest people you’ll ever meet. All of my pro bono clients have been cooperative, polite, respectful of my time and extremely grateful. It’s highly fulfilling to see that you’ve changed a life—often more fulfilling than getting a check from a client.”

If you could, how would you make justice work for everyone?

“I would make the legal process simpler. The average person cannot navigate the legal world and its complexities.”

“I have two Great Danes—it’s like living with cows! One is 155 lbs. and the other 147 lbs. It’s not possible to walk them at the same time.

“Also, before I became a Dane person, I was a cat-person who named all my cats after different types of trusts.  At one point, I had ILIT, QPRT and SLAT.  Their veterinarian’s office really struggled with the names—QPRT, in particular!”