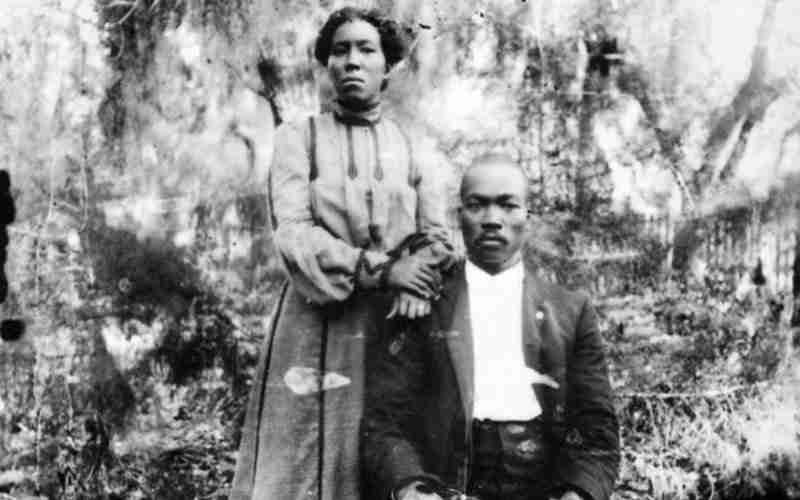 Sarasota County is celebrating its centennial this year—but our region has a long and varied history that extends far beyond those 100 years. According to Visit Sarasota County, there’s evidence of people living and traveling here up to 12,000 years ago. The Spanish famously came to Florida—including the west coast—in the 1500s, claiming the peninsula for Spain and searching for the Fountain of Youth. And in the late 19th and early 20th centuries, tourists recognized the Sarasota region for its natural beauty and temperate climate and began visiting. (Not much has changed in that regard.)

But Sarasota County wouldn’t be the place it is today without the Black community that helped shaped it. That story starts with Jeffrey Bolding, a former North Carolina slave who moved to the Sarasota region in 1957 to work for the Whitaker family, for whom both Whitaker Bayou and Whitaker Gateway Park are named. The family was crucial to the early settlement of what is now Sarasota County.

In 1884, Lewis Colson, a former slave, came to the area with his wife Irene to plat the town of Sara Sota for the Florida Mortgage and Investment Company, a Scottish company.  According to the Sarasota Herald-Tribune, Colson planted a stake in the center of downtown’s Five Points, announcing, “We will lay out the town of Sarasota from this hub.” Later, he and Irene—a midwife for the Black community—donated land for the Bethlehem Baptist Church, Sarasota’s first Black church. Colson became its first minister, serving as pastor for 16 years. (His influence was widespread: between 1899 and 1937, 12 more Black churches were founded.) Colson died in 1922, at age 78, and he and Irene are buried in downtown Sarasota’s Rosemary Cemetery, the only African American community members to be interred there.

Other influential Black Sarasotans during the late 18th and early 19th centuries included Leonard Reid, of Savannah, who worked for Mayor John Hamilton Gillepsie, helped design Sarasota’s first golf course and, with his wife, was influential in starting Payne Chapel African Methodist Episcopal Church; and Emma E. Booker, the first principal of Sarasota’s first formal school for Black children. Booker Elementary School, Booker Middle School and Booker High School are all named for this influential educator. Just two years before her death in 1937, Booker completed her bachelor’s degree—a remarkable accomplishment for a woman, and particularly a woman of color, and another jewel in the crown of her legacy.

In 1914, the 40-acre community of Newtown was established and platted by C.N. Thompson. Preceded by two Black communities called Black Bottom and Overtown (now known as the Rosemary District), Newtown contained 240 lots “exclusively for colored people,” according to Newtown Alive. Throughout the 1920s and a land boom in Florida, Black businesses in the community opened and thrived—including a hotel named after Lewis Colson that hosted Black travelers and the area’s Greater Hurst Chapel African Methodist Episcopal Church.

During the 1940s, the Lily White Security Benefit Association #59, established in Sarasota by Deacon Jack Harris, provided medical care to poor black people throughout Southwest Florida. During the same time period, the first public housing development in Newtown opened, with 60 units for residents.

In the 1950s, the Colored Women’s Civic Club was formed in Newtown, led by Mary Emma Jones. The club’s mission was equal treatment and civil rights for the Black community, and its members were major players in changes in health care, social services, and recreation for the Newtown community, according to Newtown Alive. In 1952, the Sarasota branch of the NAACP was formed.

In 1955, 100 Black members of the community drove to the then-segregated Lido Beach to swim, in defiance of the Jim Crow laws in place at the time. This “wade-in,” as it was known, was in response to Sarasota County leadership’s refusal to designate a beach for “colored residents.” It took 12 more years for the beaches to officially become desegregated.

In 1957, Edward E. James confronted Ken Thompson, Sarasota’s city manager at the time, and became essential to the integration of the county’s libraries. That same year, Tallahassee physician Dr. John W. Chenault moved to Sarasota, opened a medical practice in Newtown, and became the first Black doctor with privileges at Sarasota Memorial Hospital.

In 1961, Sarasota County Schools refused to desegregate and a lawsuit was filed to allow Black children to integrate. The next year, Bay Haven School of Basics Plus enrolled 29 Black students, the first in the county to do so. By 1967, all Sarasota schools were integrated, and in 1972, Dorothye Smith became principal of Southside Elementary School, the first African American to head up a predominantly white school.

In 2002, Overtown was designated as “the first black community” in Sarasota and placed on the National Register of Historic Places by the U.S. Department of the Interior, National Park Service. A historic marker identifying the site is now in place in the Rosemary District.

In 2011, the Robert L. Taylor Community Complex opened in Newtown, offering recreational opportunities for Newtown residents of all ages, especially teens. The complex serves as a community hub.

Spearheaded by Vickie Oldham, founder of Newtown Alive, in 2015 the Newtown Conservation Historic District project was created, an effort to document the community’s history.

In 2016, a new Sarasota Memorial Healthcare System outpatient center was established in Newtown to offer primary and preventative care to residents.

In 2020, Sarasota’s African American Cultural Coalition (SAACC) has announced that its Museum of African American History and Culture will be housed in the historic Leonard Reid home, currently located at Cohen Way and Seventh Street in the Rosemary District. The home will eventually be moved to a nearly two-acre piece of property at the corner of Dr. Martin Luther King, Jr. Way and North Orange Avenue in Newtown. The museum will be a special place to host programs, showcase exhibitions by Black artists, and jumpstart difficult conversations about diversity, equity and inclusion.

Currently, Sarasota-based Boxser Diversity Initiative, along with Newtown Alive and SAACC, is organizing an alliance of partners to bring a permanent memorial recognizing lynching victims in thea area. The Equal Justice Initiative documented five lynchings in Sarasota-Manatee between 1903 and 1934: Henry Thomas, Sam Ellis, Wade Elli, — Ruddy, William English and
James Franklin. Through its own independent research, the Boxser Diversity Initiative has also uncovered one more lynching victim: Lewis Jackson, whose name was listed in the 1919 NAACP book Thirty Years of Lynching. A marker to honor and bear witness to the racial terror the victims experienced will be placed at the SAACC museum.

Special thanks to Newtown Alive, Sarasota County Historical Resources, the Sarasota Herald-Tribune and Sarasota Magazine for acting as sources for this story. For more information about Sarasota’s Black history, including a detailed timeline, visit www.newtownalive.com.